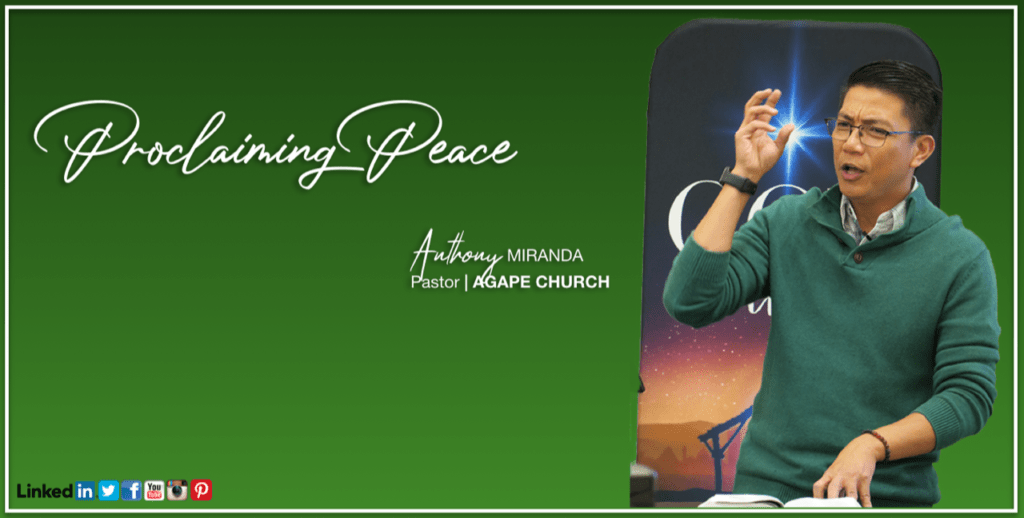 It was 700 years before the birth of the long awaited Savior, when prophet Micah prophesied about it. 200 years later, another prophet made a similar prophesy. Prophet Zechariah, son of Jehoida, wrote, 9 “Rejoice greatly, Daughter Zion! Shout, Daughter Jerusalem! See, your king comes to you, righteous and victorious, lowly and riding on a donkey, on a colt, the foal of a donkey. 10 I will take away the chariots from Ephraim and the warhorses from Jerusalem, and the battle bow will be broken.\

He will proclaim peace to the nations. His rule will extend from sea to sea and from the River to the ends of the earth (Zechariah 9:9–10 NIV). This Messiah that Zechariah talked about will proclaim “peace”. And then some 500 years later, at the very first Christmas, the proclamation of peace was made by the Angel. "13 Suddenly a great company of the heavenly host appeared with the angel, praising God and saying, 14 “Glory to God in the highest heaven, and on earth peace to those on whom his favor rests” (Luke 2:13–14 NIV). It’s important to understand that the peace the angels proclaimed was not a proclamation of world peace or a declaration of the end of strife and war.

The peace that was proclaimed, was the peace between mankind and God. Through Jesus, the barrier of sin has been removed. Now we have relationship and peace with God! The peace on earth Jesus brings is foremost the peace that we can have with God through Christ.

"Peacekeeping is not the same thing as Peacemaking"